Breaking Out of Purgatory

The North Carolina Zoo intentionally left the “city-zoo” model behind, with its sprawling footprint at the center of the state. Today, as zoos question their foundations and principles, that decision looks prescient // Photos by Ucumari Photography

The San Diego Zoo sits two miles from downtown. The Lincoln Park Zoo is perched on the shore of Lake Michigan, within sight of Chicago’s Willis Tower. The Bronx Zoo is about 20 stops on the express train from Midtown Manhattan.

The North Carolina Zoo doesn’t follow that pattern. It’s a few miles—a distance subject to debate—from a different sort of landmark: the dead center of the state. Forty minutes from Greensboro, 90 from Charlotte and Raleigh, the zoo’s location will never be called metro-proximate. It lies instead in the shadow of Purgatory Mountain, ensconced by the pine trees of the Piedmont.

“It was this kind of turnkey, rocky, hilly area,” said Owen George. “There used to be a lot of moonshining stills out there, back in the day—so as the smoke would rise at night, the whole place looked just like purgatory.”

Owen George is the son of Alvis George, a native of Roanoke Rapids, North Carolina, who coordinated the North Carolina Zoo’s original master plan in the 1970s. When it came time to propose a location, his Asheboro-based firm pushed hard for rural land outside of the city—and local leaders stepped up to raise nearly $400,000 to buy the land for the state.

“They really had a very progressive thought process to it,” said Debbie Fuchs, the zoo’s public relations officer. “They wanted to have a really, really large zoo that had room to grow, instead of the traditional city-zoo model.”

In the foreword of the zoo’s 1975 master plan book, the creators described a vision that railed against that traditional approach. Instead, they dreamed of a massive recreational area that was “no simple zoo, but a zoological park and garden complex which would display living things in natural settings, contribute to the propagation of endangered species, offer to the scientific community research facilities, and make accessible to the public important educational and recreational activities.” 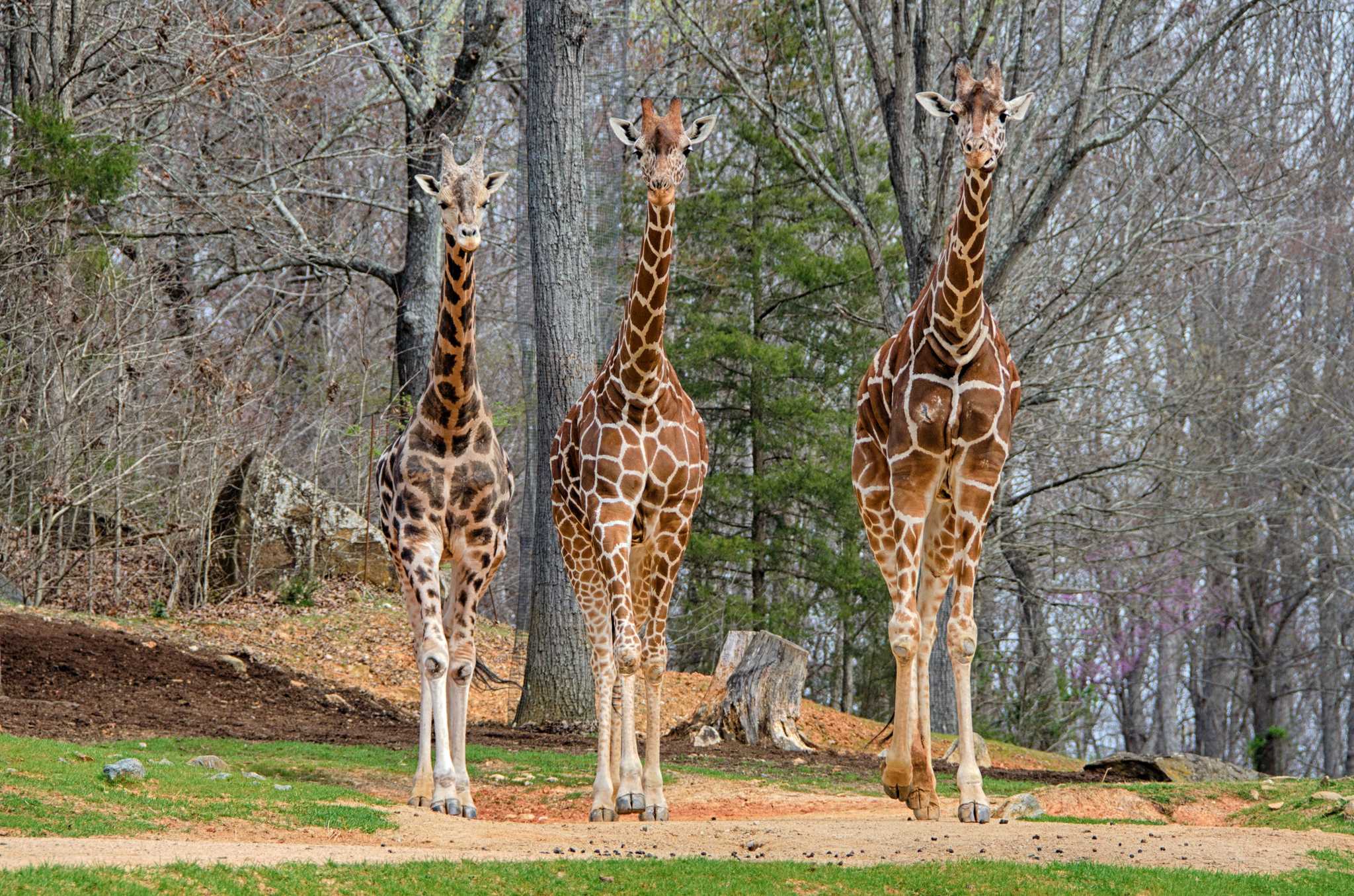 In some important ways, that plan has been realized. The North Carolina Zoo is now the largest natural-habitat zoo in the world. Spanning over 2,600 acres south of Asheboro, the zoo includes 500 developed acres and houses over 250 species of animals.

Its 900,000 visitors in 2019 are equal to less than half of the attendance of the Denver Zoo, and represent a quarter of the San Diego Zoo’s attendance numbers. But at a moment when a quiet reckoning is taking place around animal welfare and the very idea of a zoo, the founding principles of North Carolina’s approach place it ahead of the pack.

Many zoos around the country have worked to shift their identities in recent years, transitioning their primary purpose from tourist destination to conservation institution. But as world-renowned designer Jon Coe told TIME in 2017, the inherent problem with traditional zoos is that “they are based on captivity and coercion” in order to make the animals visible to guests. And animal welfare, although vastly improved over the years, is still hampered both by zoos’ physical space limitations, and by the trade-offs between visitors’ viewing needs and the animals’ habitat needs.

A better model, Coe wrote in 2005, is the concept of an “unzoo”: a place “where the public learns about wild animals, plants, and ecosystems through interaction with and immersion in original or recreated natural habitats.”

Forty years earlier, Alvis George came close to fulfilling those principles in the North Carolina Zoo’s design; animal welfare was his biggest priority, and he sought to create exhibits that were as natural as possible while still offering ways for guests to see the animals. During the initial planning phase, George and his team traveled the world visiting other zoos in Europe, Africa, Canada, and the Western U.S. to, as he put it, “see what they did wrong, and do it better.”

He went on to work on more than 400 projects in North Carolina during his career, but the zoo always remained one of his favorite designs—and he continued to work with its leaders up until his death in 2001. The zoo’s primary challenge has been to maintain its original focus on natural habitats and space, even while expanding, renovating, and growing its visitor count.

Jenessa Van Deen is a senior architect at HH Architecture who has worked on both exhibit renovation and construction projects for the North Carolina Zoo. It’s a collaborative planning process centered on animal welfare, she said, citing the renovation of the grizzly bear exhibit as a characteristic example. There, the zoo’s designers removed a moat the grizzly no longer used in order to open up more space for the animal, while allowing visitors to get a closer view whenever he chooses to venture by.

Staffing is another key element of the project. The zoo employs a 40-person horticulture staff to help cultivate and grow plants found nowhere else in the state, like smooth coneflowers, sweet pitcher plants, green pitcher plants, and the federally endangered Schweinitz’s sunflower. Where possible, the horticulture team places those plants in or near exhibits that demonstrate where they would be found naturally outside of the zoo. Many can be located in the stream-side area of the North America section, which houses bobcats, owls, otters, snakes, and fish. Outside, staff have built gardens that mimic North Carolina’s Piedmont, mountains, and coastal-plains regions.

But attention to detail takes money, and funding is a constant question and constraint. And like most else about its structure, the North Carolina Zoo’s funding sources are unique. Unlike most of its nonprofit peers, it is state-funded—one of only two such zoos in the country.

The zoo’s original design imagined animals from every continent, but so far only Africa and North America have been reconstructed there, with North America having opened to the public in 1994. In 2016, the state legislature finally approved additional funds for expansion, and in 2019 the zoo announced plans to build a $46 million Asia section. That expansion, Fuchs said, is still scheduled to open on time in 2024, though groundbreaking has been delayed by the pandemic.

In the meantime, the zoo’s footprint grows in other ways, including through conservation efforts—one of the original tenets of the institution’s mission.

The zoo currently runs conservation programs—funded by a private nonprofit, the North Carolina Zoological Society—dedicated to reintroducing native wildlife back into North Carolina, including programs for the Pine Barrens treefrog, the red wolf, and the hellbender salamander. It’s also involved in international conservation programs for elephants, vultures, chimpanzees, butterflies, tree boas, and more.

With less than 20 percent of its total acreage developed, the zoo has plenty of room to continue to grow. But it’s clear that 50 years after its original planning began, the structure at Purgatory Mountain has become no simple zoo.