Speaking Into A Void

North Carolina’s paltry hate crime legislation trails the rest of the nation. Now, with the blockbuster HB2 fight fully in the rearview, is the state finally ready to expand its protections? // Illustrations by Derek Abella

In the winter of 1990, a 32-year-old woman went missing. By the time the authorities found her, her body was hardly recognizable.

Talana Kreeger’s murderer was Ronald Thomas. The man worked as a truck driver, delivering fruit to schools in the town of Wilmington, North Carolina. Thomas met his victim at Park View Grill, a now-defunct lesbian bar. The night had started innocently enough: Thomas reportedly met Kreeger while he drank beer and played pool with the owners.

It was just hours after meeting Kreeger that Thomas would offer to give her a ride to a nearby restaurant—in the course of which, a heated conversation about Kreeger’s sexual orientation led Thomas to steer off course to the middle of the woods, where he disemboweled her and left her to die. After the murder, Thomas got back on the road. He broke down emotionally somewhere on I-95 and called his minister to confess.

When the authorities found Kreeger’s body, headlines called it the most horrific murder the town had ever seen. The one thing that they didn’t call it was a hate crime. While Thomas was charged with, and served, multiple life sentences for the murder, the fact that he had specifically targeted Kreeger because of her sexual orientation was never included in his sentence. In the eyes of the law, it didn’t matter where Thomas had met her, or what the conversation had been about that had led to Thomas’s crime.

North Carolina is just one of thirteen U.S. states to not include sexual orientation or gender identity—along with disability—in its list of recognized classifications for hate crimes. No state in the South, including North Carolina, has a hate crime law with specific penalties for crimes targeting people who are transgender.

The most recent data from the Federal Bureau of Investigation (FBI) shows that the rate of reported hate crimes is again on the rise, including those against LGBTQ people. In response, some lawmakers and activist groups are pushing for a change to North Carolina’s law. But in contrast to past efforts, they’re not finding opposition, but rather silence.

Along with two other Democratic senators, Valerie Foushee and Mujtaba Mohammed, Chaudhuri drafted a bill that would include sexual orientation, gender identity, and disability in the state’s list of recognized hate crimes. The Hate Crimes Prevention Act would also expand on the punishment for hate crimes (changing it from a misdemeanor offense to a felony), increase additional sentencing by several years, and require the State Bureau of Investigation to both create a hate crime database and institute hate crime-related training for law enforcement and prosecutors.

Although Chaudhuri says he’s committing to reintroducing the bill this legislative session, he has yet to do so at the time of this publication. This year would mark the third time he’s filed the bill, having previously filed in 2017 and 2019.

“I don’t see the bill as something that is partisan—it is one that we have seen other states pass,” Chaudhuri said. “I think this bill can serve as a model for the rest of the South.”

The first significant hate crime legislation was passed by Congress in 1871. Known as the Ku Klux Klan Act, the law allowed for the suspension of habeas corpus and was used by North Carolina governor William Holden to respond to the lynching of Wyatt Outlaw by white supremacists in Graham, North Carolina.

Modern attempts to pass more nuanced hate crime legislation began in the Civil Rights Movement, and included the 1964 Civil Rights Act—which allowed for the prosecution of white supremacists who were targeting African Americans and civil-rights activists—and the the Civil Rights Act of 1968 (or Fair Housing Act), which made it illegal to “injure, intimidate, or interfere” with anyone engaged in protected activities, such as voting, because of their race, color, religion, or national origin.

Hate crime legislation focused on a person’s sexual orientation or gender identity came more recently. In 2009, the Matthew Shepard and James Byrd Jr. Hate Crimes Prevention Act expanded the definition of violent federal hate crimes to include those committed because of a victim’s sexual orientation. But as advocates point out, very few cases have been prosecuted since its passage—just 25 as of 2017.

At the state level, all but three states—Arkansas, South Carolina, and Wyoming—have passed some form of hate crime legislation. North Carolina is among the 10 states whose legislation does not include sexual orientation or gender identity among the protected categories.

For Sen. Chaudhuri, the legislation’s inspiration came in the aftermath of a 2017 murder of three beloved Muslim-American students in Chapel Hill. The murder was initially ascribed to a parking dispute, sparking national outrage and accusations that authorities were ignoring the killer’s religiously motivated hatred. A wave of ongoing activism followed and led Chaudhuri to focus on existing hate crime legislation and explore ways to strengthen it.

“It was the right thing to address the rise of hate crimes, and hate groups, in this state,” Chaudhuri said. “Unfortunately, the legislation has only received support from Democrats, and not Republicans. My sense is that it, to some extent, reflects the largest position of Republicans who fundamentally don’t believe that we should have such laws in place that might infringe on free speech.”

National condemnation followed, and many political observers have pointed to the blowback as a significant reason for Democrat Roy Cooper’s victory in the 2016 gubernatorial race.

Today, the fight seems to be subdued. A compromise partial repeal of HB2 ended in December 2020, and the law’s restrictions on local nondiscrimination policies are no longer in place. Initial efforts at passing new local policies have gone unopposed at the state level, though lawsuits are likely.

The relative silence around the issue extended to the reporting for this piece. Media representatives at the North Carolina Republican Party and the conservative John Locke Foundation did not respond to multiple requests for comment about the potential for hate crime legislation to advance this session. 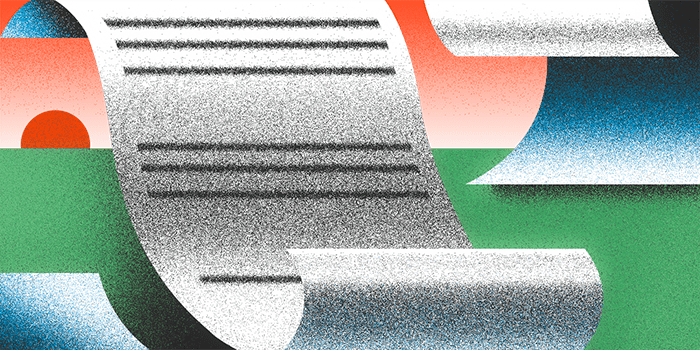 At the debate’s core is a question of effectiveness. Will stronger legislation lead to falling numbers of hate crimes? Or will such efforts have unintended consequences?

Kathleen Bantley, a professor in the Department of Criminology and Criminal Justice at Central Connecticut State University, says the data show that hate crime legislation would have a strong positive effect.

“Hate crime legislation is relatively new, compared to other behaviors that have been criminalized,” Bantley said. “[When] the government is going, ‘We’re no longer going to tolerate it,’ hate crime reporting goes down. We believe that there is that impact.”

And nationally, hate crime reporting is going up. According to Bantley’s own research, in President Donald Trump’s first year in office alone, the number of hate-related incidents, or crimes, against Black, Hispanic or Latino, Jewish, Islamic or Muslim, LGBTQ, and female populations increased by more than 1,000 compared to the previous year.

“Hate crime legislation is for protecting folks against some type of immutable characteristic,” said Ann Web, Senior Policy Counsel of the American Civil Liberties Union (ACLU) of North Carolina. “The ACLU supports those bills that protect those such as race and LGBTQIA status, but we have to balance that with fairness in application.”

The ACLU has taken issue with the application of laws like these in the past. In 2018, the ACLU criticized the authorities in Pennsylvania for abusing its hate crime laws to punish citizens who refused arrest with so-called “ethnic intimidation” towards the officers.

“Charging [the arrested] with ethnic intimidation and threatening them with years of prison for their words does not make the world safer for anyone,” wrote Mary Catherine Roper, Deputy Legal Director for the ACLU of Pennsylvania. “Hate crime charges should be reserved for the serious crimes they were intended to address, not used by police seeking to punish people for disrespect.”

In other words, hate-crime legislation has the potential to be used as a tool that disproportionately affects people of color.

North Carolina has already garnered attention for its mass-incarceration rates. One ACLU report found that the state’s prison population more than doubled between 1980 and 2016. And when it comes to communities of color, one in every 40 Black men residing in the state is in prison, and Black people accounted for over 50 percent of its prison population in 2016, despite making up just a quarter of the state’s adult population.

While Web says that the ACLU of North Carolina “will stand with” any hate crime legislation that receives support from LGBTQ and disability advocacy groups, the organization wants to make sure that any such legislation is intentional in protecting free speech.

“I think it’s important that North Carolina is a safe place for all North Carolinians, we have a diverse state in every possible way,” Web said. “ We strongly support efforts to make all people feel included and safe.”

If a bill like Chaudhuri’s does get passed, it would mark a significant step forward—and one years in the making, says Ames Simmons, policy director for Equality NC.

“It’s been challenging for folks in the LGBTQ community, particularly transgender and nonbinary and gender-nonconforming people,” Simmons said. “It feels as if we have been speaking into a void, year after year after year.”

When it comes to Chaudhuri’s bill, it’s the mandatory reporting of hate crimes that Simmons finds most compelling.

“There isn’t much data collected [for LGBTQ people] outside of behavioral risk-factor surveys,” Simmons said. “For example, we don’t have information on what the impact of COVID-19 has been for the community. If we were able to get legislation for mandatory reporting, it would be harder for people to deny that it’s a problem.”

For Simmons, better data would empower LGBTQ leaders as they fight for better and more precise action. Seven openly LGBTQ candidates won local races in the 2020 election including five candidates for the state House of Representatives.

“There’s likely not one answer [to addressing hate crimes],” Simmons said. “The answer to those questions needs to be driven to those most affected, at least when we are talking about LGBTQ people. Those are not the ones who are making the calls at those tables. We tend to see people who hold more privileged identities be more proximate to that power, and they don’t always have the best read.”

The North Carolina General Assembly is in the midst of its long session, a marathon of budget and policy bills that often extends well into the summer. Republican lawmakers currently have strong majorities in both the House and the Senate.

But Chaudhuri is hopeful that the bill won’t land on deaf ears this time around.

“Somehow, with the makeup of the Republican Senate, there will be a hearing of the bill,” he said.

If there isn’t, Web is pessimistic about the implications.

“If a bill like the North Carolina Hate Crimes Prevention Act cannot get bipartisan action,” she remarked, “then that raises some questions about the priorities of our legislators.”

Giulia Heyward is a freelance journalist based in the South and current Roy H. Park fellow at UNC-Chapel Hill. Her work, including bylines at the New York Times, The Atlantic, CNN, Politico, and Huffpost, can be found at giuliaheyward.com.